We have once again completed a wonderful project! After the success of the first two deliveries (36 pieces and 10 pieces) of roll cage constructions for the DMV Anaconda, it was time for new ideas in June 2019. In cooperation with Dutch Military Vehicles we designed a completely new roll cage construction for the newest generation Anaconda: The DMV Anaconda AAT (Anti Armour Troups).

This new vehicle has a modular design, which means that the roll cage of the cabin is completely separate from the roll cage structure behind the cabin. This means that many different versions of the new Anaconda are possible.

Also the production has been kept for the most part in our own hands, and this went smoothly.

During the NEDS in Rotterdam on 28 November 2019, the two newest members of the Anaconda family were presented. The Anaconda AAT (Anti Armour Troop) and the prototype of the Anaconda GWT (Wounded Transport).

The first Anaconda AAT was also ceremonially handed over by Dutch Military Vehicles to vice-admiral Arie-Jan de Waard (Director DMO). Mr. De Waard immediately handed them over to the Brigadier General of the Marine Corps Jeff Mac Mootry. Before the end of this year, 14 Anaconda’s AAT will be transferred to the Ministry of Defence where they will be deployed in the 14th Combat Support Squadron of the Marine Corps from the beginning of 2020.

These specialized vehicles will be used to move the units of the 14 Anti-Armour Troop and are fully adapted to the wishes of this unit. Among other things, custom-made storage spaces for, for example, Gill anti-tank missiles and accompanying firing installations are provided on the vehicle. Also the ring mount in the roof of the Anaconda AAT, including softmounts for the .50 machine gun, the MAG and the CLU of the Gill are developed to the wishes of the customer.

To show that the Anaconda excels in the field of modular construction, the prototype of the Anaconda GWT will also be presented at the NEDS. Due to the splitting of the roll cages, it is possible to realize any structure that the customer wishes, behind the front roll cage. 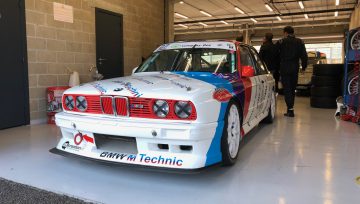