We’ve got this 8” Ford Mustang axle adapted to the customer’s wishes to make it bullet proof for motorsport. Both the axle housing and the differential are completely new built at VA Engineering. 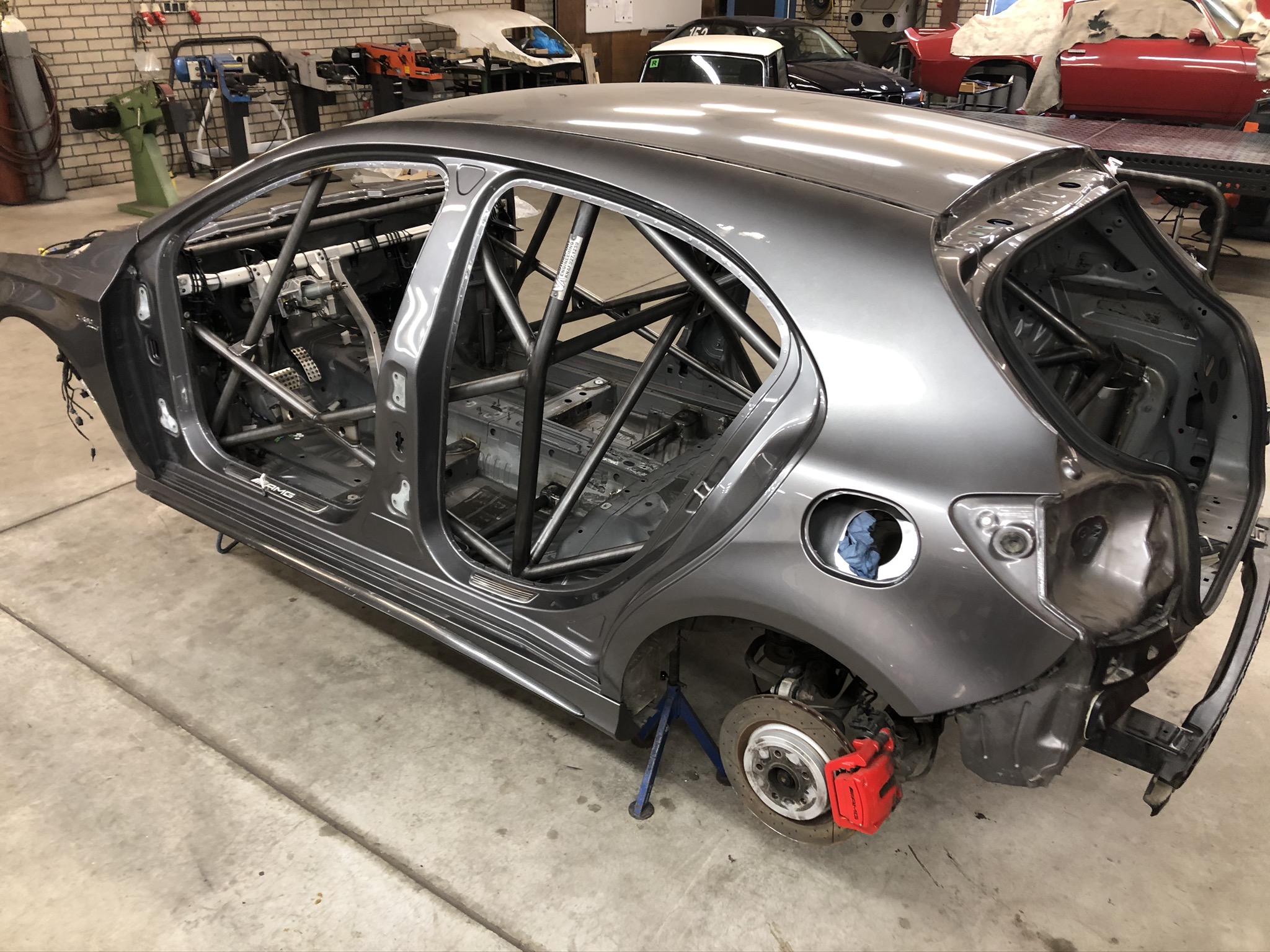 We have fitted the Mercedes A45 AMG below with a perfectly fitting roll cage including FIA certificate. But that’s not all we’ve done, we also have:

– added camberplates to the front suspension turrets
– the car prepared for mounting airjacks
– the seat mounts tackled to secure the racing seat in a responsible way.
This hot hatch is ready to be finished and defy the track!
For more info:
Facebook: https://www.facebook.com/VAEngineeringBV/
Instagram: https://www.instagram.com/va.engineering/
E-mail: info@va-motorsport.com 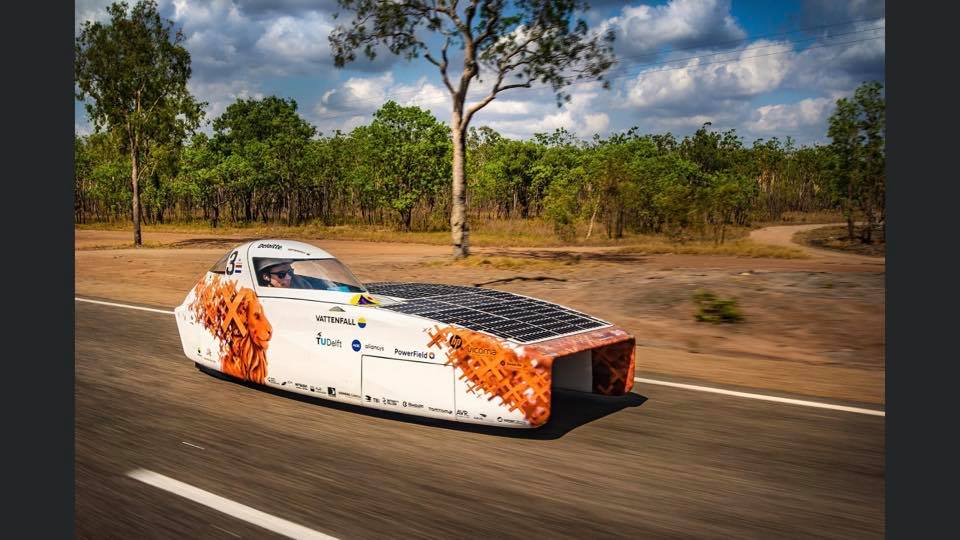 Producing a rollcage for “nuna”, the so-called solar powered car of the Vattenfall Solar Team & TU Delft! The space was very limited, but we managed to make maximum use of all the space to give the drivers as much space as possible in this special race car.

The rollcage is completely built according to the regulations of the American Solar Challenge.

We wish Vattenfall Solar Team the best of luck with the American Solar Challenge! 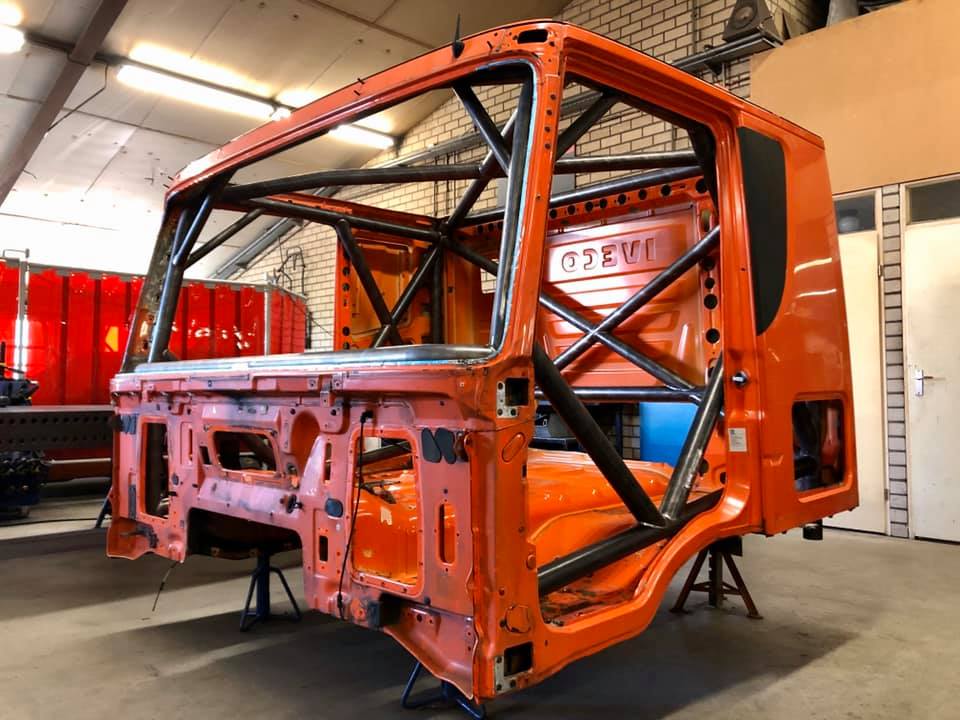 For Team de Rooy we provided this IVECO cabin with an extremely strong roll cage according to the VA recipe. 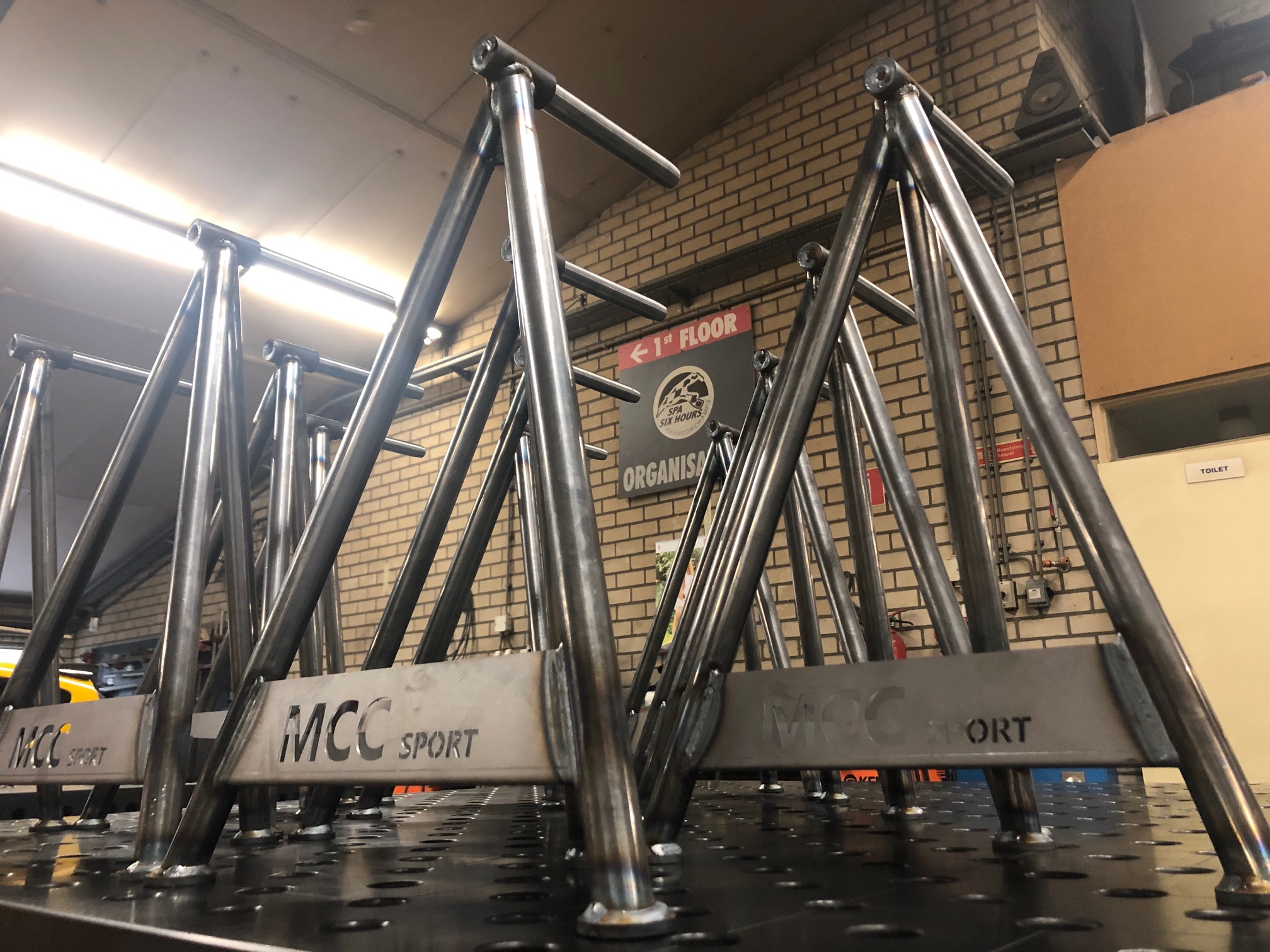 For more information, send us a message via info@va-motorsport.com! 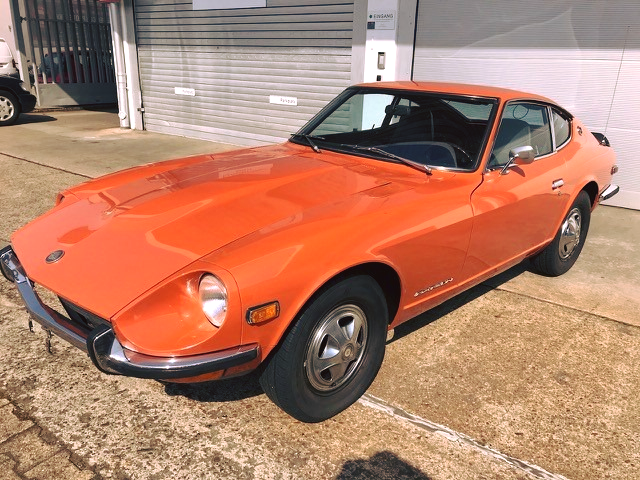 Beautiful and neat Datsun 240Z from May 1971. This completely original car is still in its first paint job in the beautiful orange color (color code 918). Inside, the car is equipped with gray upholstered seats, leather door panels / dashboard and a wood finished steering wheel. It is a rust free Datsun which is imported from California, the documentation is present. All numbers correspond to each other. 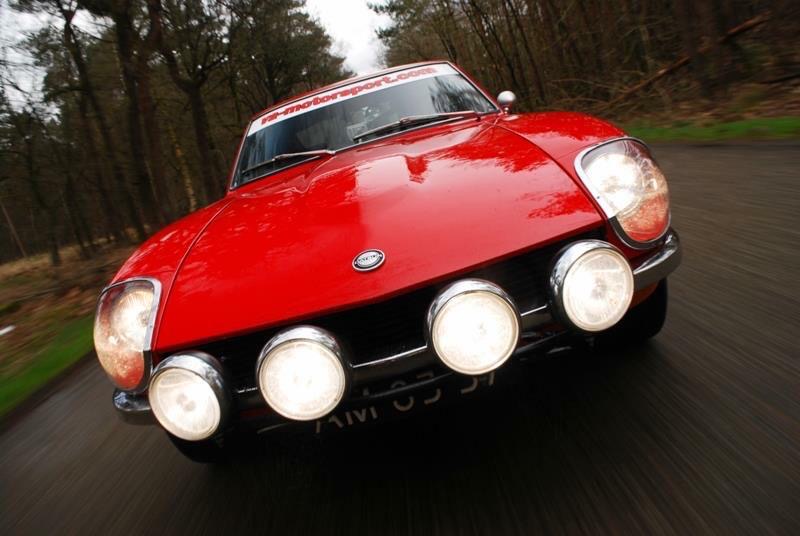 These sets are constructed from high quality racing quality materials, and are said to be bulletproof.

The sets can be ordered at VA-Engineering! For more information please contact us via info@va-motorsport.com. 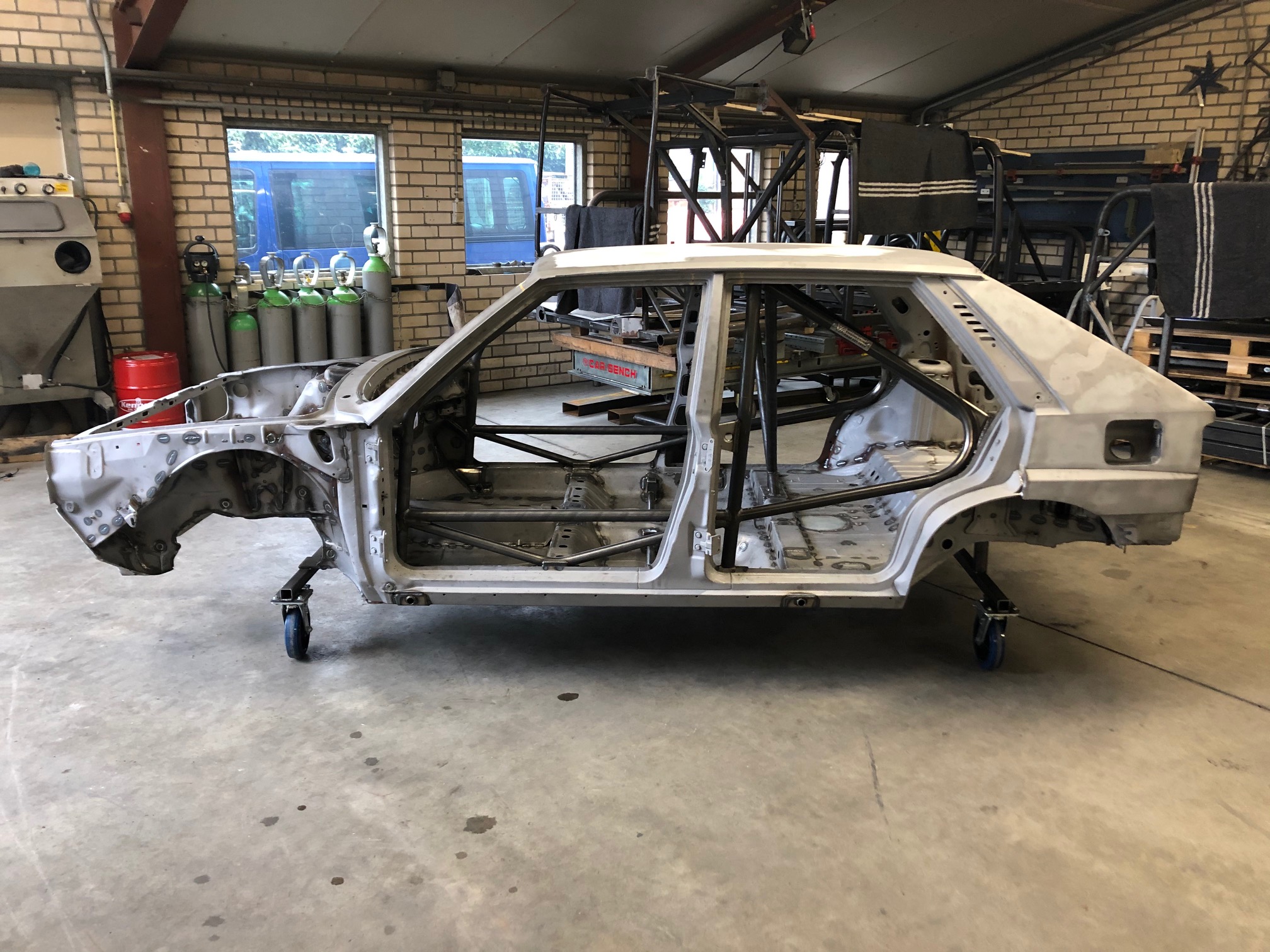 Commissioned by MCC Sport we build several roll cages in Lancia Delta Integral rally cars. Also jack supports in the sills are made in the cars. Below is the second in a series of four, which we will produce at the end of 2019 and the beginning of 2020.

This roll cage is completely built according to the 1989 homologation! The car will slowly grow into an exact replica in the course of the project.

We are very curious about the end result! The projects can be followed on www.mccsport.nl. 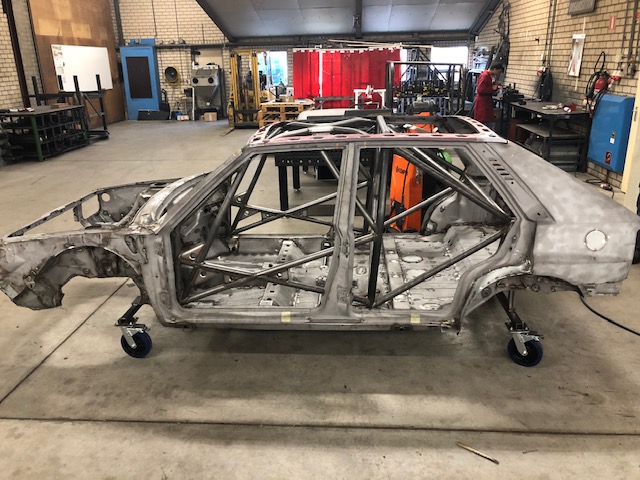 Below is the first in a series of four which we build in the period end 2019 and beginning 2020.

This model is completely built according to FIA standards, and comes with an appendix J certificate.

We are very curious about the end result! The projects can be followed on www.mccsport.nl.

We have once again completed a wonderful project! After the success of the first two deliveries (36 pieces and 10 pieces) of roll cage constructions for the DMV Anaconda, it was time for new ideas in June 2019. In cooperation with Dutch Military Vehicles we designed a completely new roll cage construction for the newest generation Anaconda: The DMV Anaconda AAT (Anti Armour Troups).

This new vehicle has a modular design, which means that the roll cage of the cabin is completely separate from the roll cage structure behind the cabin. This means that many different versions of the new Anaconda are possible.

Also the production has been kept for the most part in our own hands, and this went smoothly.

During the NEDS in Rotterdam on 28 November 2019, the two newest members of the Anaconda family were presented. The Anaconda AAT (Anti Armour Troop) and the prototype of the Anaconda GWT (Wounded Transport).

The first Anaconda AAT was also ceremonially handed over by Dutch Military Vehicles to vice-admiral Arie-Jan de Waard (Director DMO). Mr. De Waard immediately handed them over to the Brigadier General of the Marine Corps Jeff Mac Mootry. Before the end of this year, 14 Anaconda’s AAT will be transferred to the Ministry of Defence where they will be deployed in the 14th Combat Support Squadron of the Marine Corps from the beginning of 2020.

These specialized vehicles will be used to move the units of the 14 Anti-Armour Troop and are fully adapted to the wishes of this unit. Among other things, custom-made storage spaces for, for example, Gill anti-tank missiles and accompanying firing installations are provided on the vehicle. Also the ring mount in the roof of the Anaconda AAT, including softmounts for the .50 machine gun, the MAG and the CLU of the Gill are developed to the wishes of the customer.

To show that the Anaconda excels in the field of modular construction, the prototype of the Anaconda GWT will also be presented at the NEDS. Due to the splitting of the roll cages, it is possible to realize any structure that the customer wishes, behind the front roll cage. 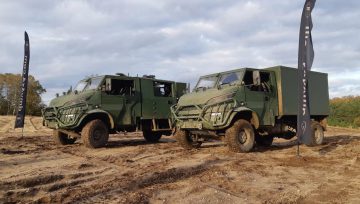